Emily is a mixed media artist specialising in traditional illustration, painting and model making. Having wanted an art career since she was nine, Emily pursued painting and illustration throughout her education, eventually graduating with a degree in Animation from UCA Farnham. It was here that she discovered a love for making characters in simple puppet form. Emily is the creator of the award-winning stop motion short The Straw Man and has produced publicity illustrations for Sixteen feet Production’s 2017 touring performance of Alice in Wonderland. She is now forging a career as a professional puppet maker and illustrator, and hopes to live and produce art full time in the US or Canada sometime in the future.

Visit her website www.erwhittingham.co.uk to see some of her work.

blog written by University of Winchester

Emily was supported by the Inspiring Enterprise, a Building Better Opportunities project. 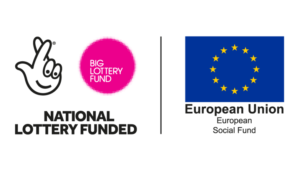